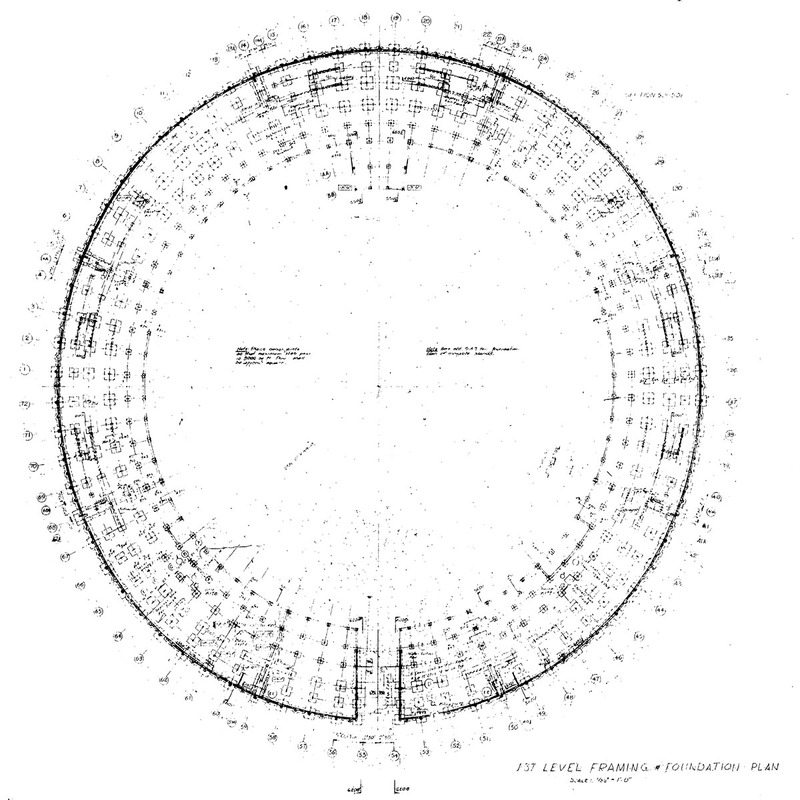 The Structural drawings include a total of 66 sheets, including drawings of retaining and foundation walls, columns and footings, beam and joist schedules, and framing details.

According to the 2013 National Register of Historic Places Registration Form composed by Ted Powell with assistance from Texas Historical Commission staff,

"The Astrodome was designed in skewed framing and rests on articulated joints consisting of two sets of bearings to allow for movement without stressing the lower structure. At eight points, columns rest on strap footings located 11 feet below the playing surface. The columns are semi-rigid and can move radially. The footings are T-shaped, with the stem approximately 50 feet long and the bar approximately 70 feet long. The footings are 10 feet deep and eight feet wide. The structural system permits the Astrodome to expand and contract and was necessary to allow for temperature changes because steel shrinks in cold weather and expands in warm weather. The design allows for the Astrodome to move five and a half inches in either direction and to withstand wind gusts of up to 165 miles per hour or sustained winds of 130 miles per hour."

The columns, footings, and beams were strengthened during the 1988 renovation, which also added three new balconies in place of the "Astrolite" scoreboard and a fourth balcony with additional luxury skyboxes. 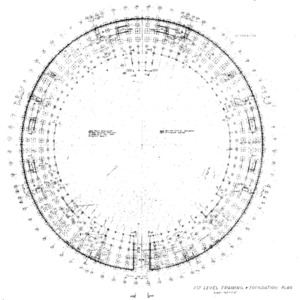 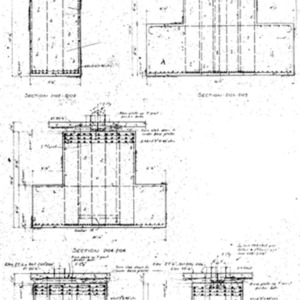 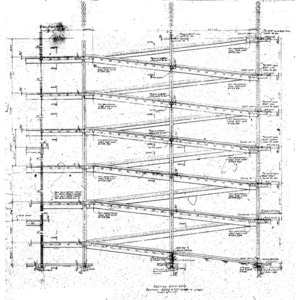