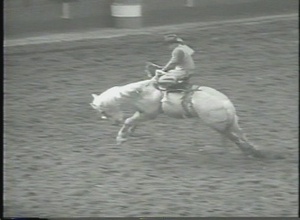 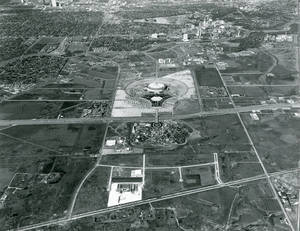 In 1966, the Houston Livestock and Rodeo show moved from the downtown Sam Houston Coliseum to the Astrodome complex. The very first rodeo show in the Dome drew a record 25,000 people.

The Show added its own buildings to the complex over the years. The Livestock Exposition Building, better known as the Astrohall, housed the livestock on a twelve-acre lot, later significantly enlarged. It also opened in 1966.

The Show also built the Astroarena in 1974 to house smaller events, and added to it in 1983, with funding help from the HSA and the people of Harris County. The Rodeo’s final addition was a warehouse built in 1995 that was later donated to the county. 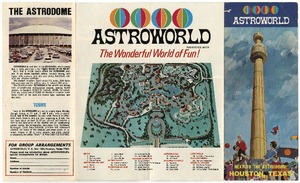 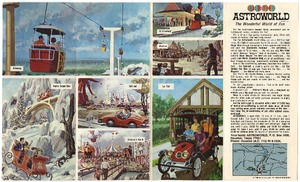 On September 16, 1967, Hofheinz announced his plans to build a Disneyland-like entertainment complex to open in the following summer. He owned or was able to acquire hundred of acres adjacent to the Dome: the new "AstroWorld" would be built on some of them. Plans featured outdoor air-conditioning (in shaded areas); trams, restaurants, and of, course, rides. In his usual hyperbolic style he promised it would become "the world's greatest tourist attraction" (Guenther, 58).

AstroWorld's opening day saw 23,000 visitors. It was just the beginning. Over the next decade, AstroWorld added features like Fun Island and, 1972, a re-creation of a 1900-era fair ground, complete with real Nickelodeon movie theater (Guenther, p. 60).

In 1975, AstroWorld was leased to Six Flags. Over the next few decades it became known for rollercoasters like the Texas Cyclone and the innovative water ride Thunder River. AstroWorld finally closed in October 2005 after 37 years in operation. 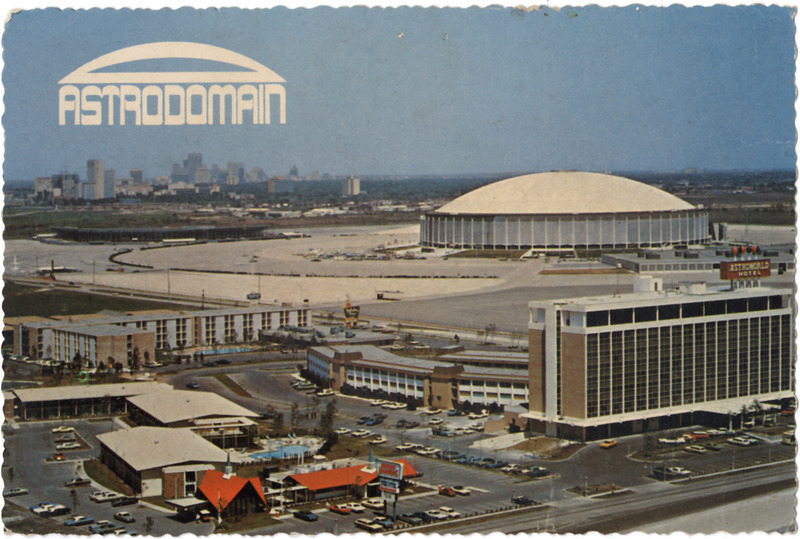 Hofheinz had no trouble borrowing money throughout the late sixties, as lenders were confident that the wildly popular Astrodome and related enterprises could not fail. Hofheinz continued to extend himself. Shortly after AstroWorld, he also announced the construction of four major hotels across from the Dome. In 1971, he even opened Astro Bank, a full-service bank complete with drive-through (Ray, 488).

Before his split with Bob Smith, Hofheinz had the backing of a very wealthy partner. After the two men parted company in 1965, Hofheinz had to borrow money from banks. These loans would eventually be called in.

← The eighth wonder of the world
Cracks →
Building the Astrodomain