From AFL to WWF 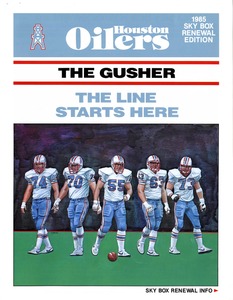 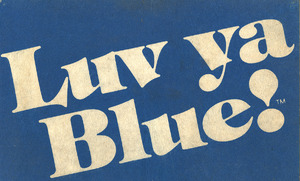 The Houston Oilers were supposed to join Astros as occupants of the Astrodome in 1965, but Roy Hofheinz and team owner Bud Adams could not come to terms. Adams supposedly dubbed Hofheinz's asking price the "ninth wonder of the world." The Oilers, who were an American Football League, team, instead began the season at Rice Stadium.

Despite significant pushback from fans who wanted to watch their team in the newfangled Dome, Adams kept his team at Rice until 1968. The Oilers played one last season in the AFL and then in the National Football League when the two leagues merged. The Oilers were mediocre at best until 1978, when Earl Campbell joined the team.

The historic 1978 season and its "Luv Ya Blue!" campaign brought together the people of Houston, including new arrivals who came for work as the oil boom commenced. After the Oilers' loss in the AFC title game, 50,000 people rallied at the Astrodome, with painted faces and pom-poms, to show their appreciation for the special team.

Citing complaints about the aging Astrodome throughout the 1980s and ‘90s, Adams took his team to Nashville in the 1996, where they eventually became the Tennessee Titans. The Houston Oilers never won a conference title. 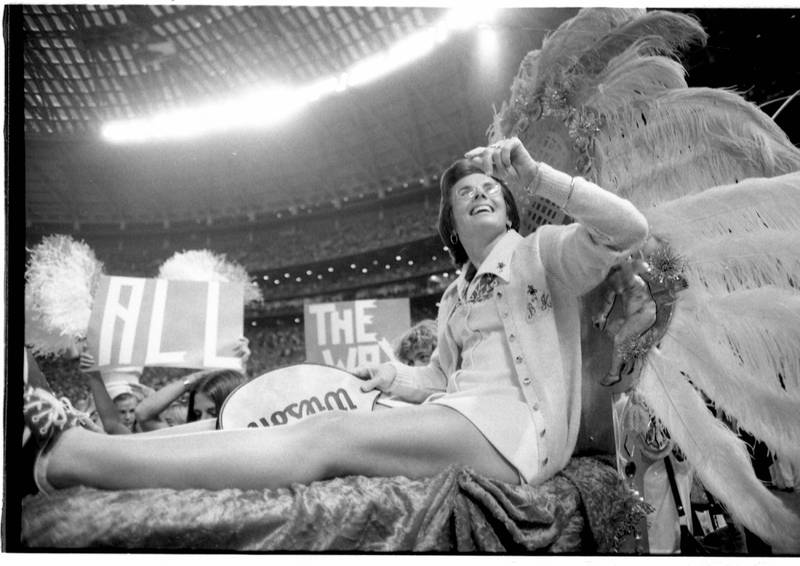 Battle of the Sexes

In 1973, female tennis star Billy Jean King took on self-proclaimed male chauvinist tennis star Bobby Riggs in one of the most hyped sported events in history. She beat him.

It was actually the second Battle of the Sexes. The first woman who played Riggs was Margaret Court, and she lost. King had repeatedly refused to play Riggs, but then changed her mind. In an interview with NPR (available here), King explained that with the passage of Title IX, mandating equal funds for women's sports, she had felt it was important to stand up for the value of women's athletics. She told NPR that it is still what she is most famous for:

"Every day I leave the apartment in New York City, where I live, I know someone is probably going to bring up that match. And every day, if I'm out in public, since that match in 1973, I always get one or more people coming up to talk to me about it. Most people, if they're old enough to have seen it, remember exactly where they were that day, and they tell me their story."

The heavily promoted duel aired on prime-time TV and had the highest viewership of any tennis match to date. King was carried in like Cleopatra, by male "slaves," in one of the many theatrical touches. The Astrodome was the perfect venue.

Muhammed Ali, then known as Cassius Clay, fought in the Astrodome twice. He was also one of the early visitors to the Dome, sitting behind the dugout at an Astros game on April 17, 1965. His first match, with Houston's own Cleveland Williams, was broadcast to 100 U.S. cities and Europe via satellite. (Ray p 335). The fight was so successful that the Judge's son, Fred Hofheinz, started a boxing promotions company and brought Clay back again, this time for a title bout.

The match was scheduled for February 7, 1967. In a great stroke of luck for the promoters, the news that Clay would refuse service in Vietnam had just hit the wires, and reporters swarmed. He was unfazed by the boos and heckling of the crowd and won in a unanimous decision against Ernie Terrell (Ray, 360). On April 28, 1967, he was arrested in Houston for refusing to step forward for induction (see more about that story here). 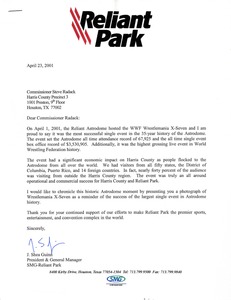 Perhaps ahead of his time, Judge Hofheinz brought a FIFA-sanctioned soccer team, the Houston Stars, to play in the Astrodome in 1967. Houston had joined the new North American Soccer League Along with nine other US cities. When asked why he had chosen soccer, the Judge responded that the game appealed to women and children as well as men, and therefore would be popular at the Astrodome (Ray, 361).

The World Wrestling Federation's Wrestlemania XVII set an attendance record of 67,925 people when it was held at the Reliant Astrodome on April 17, 2001. The championship was fought between Stone Cold Steve Austin and The Rock; Austin won in 28 minutes. 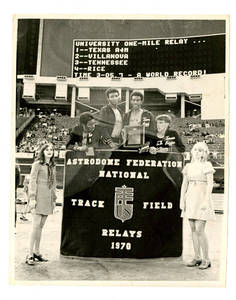 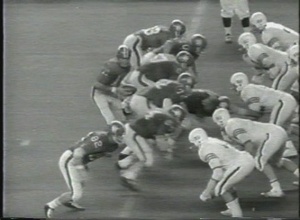 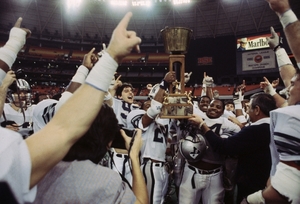 The Astrodome was not used only for professional sporting events. Both the University of Houston and Rice University used the Astrodome for a variety of collecge competitions over the years, from track to baseball and everything in between.

In 1968 the Astrodome hosted one of the greatest games in sports history, the one that many people think ushered college basketball into the big time: the University of Houston vs. UCLA in the 1968 championship game. It was the first game broadcast in prime time, and reached a nationwide audience.

“This was the most fantastic basketball game ever conceived by the human mind. It was being played in the world's greatest stadium, with a record-breaking crowd, just the way the Astro-brain, Roy Hofheinz, likes things.” (Blog.chron)

← Astros
Concerts, stunts, movies, and sermons →
From AFL to WWF