After the groundbreaking ceremonies were over, excavation of the site began. Simultaneously, contractors started construction of the temporary ballpark that would become Colt Stadium; it was completed in just four months. Houston’s first major league baseball game took place on April 10, 1962—just hours after the parking lot paving was completed. It took an emergency all-night construction effort using slag, a by-product of metal smelting, to form a base for the lot after the contractor announced that work could not proceed. Fortunately, Hofheinz was a co-owner of the Houston Slag Materials Company. 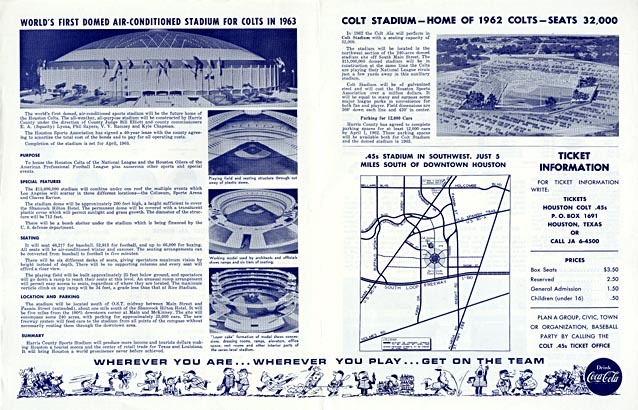 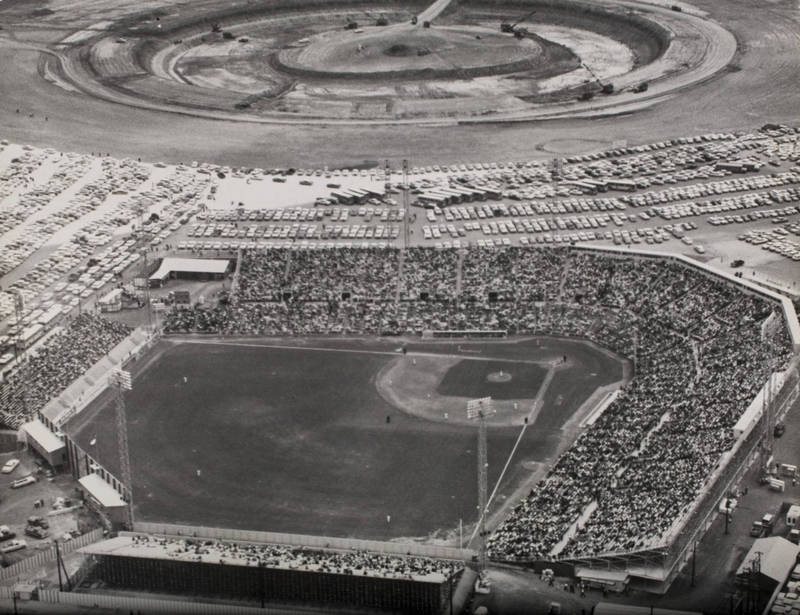 The Colts’ opening game against the Chicago Cubs was broadcast on the HSA’s new radio network of 45 stations, including 5 stations in south Texas who aired it in Spanish. Colt Stadium included a Fast Draw club, modeled on the saloon in Gunsmoke, with costumed staff serving food from chuck wagons. The stadium itself was brightly colored, with seats in chartreuse, turquoise, burnt orange, and flamingo, an effect described by newspapers of the time as "rainbow sherbert." As predicted by Hofheinz, there were complaints about heat, humidity, and mosquitoes; supposedly, insect repellent was sold at the concession stand. Infielder Bob Aspromonte told the Chronicle that, "People said you’d lose 10 pounds playing a doubleheader at Colt Stadium. What we actually lost was 10 pounds of blood."

In May, county officials got the unwelcome news that the federal government would provide no more than $750,000 for the fallout shelter, and those funds would come with strict construction requirements. The Commissioners rejected the requirements, and they were eventually told that no assistance would be available. Hofheinz responded, "We're building the Dome for bomb protection, if needed. It's going to be here for the people and if the government won't pay its share, okay!" (Ray, 273). In fact, shelter elements were not incorporated in the final construction, though the oversize excavation required to accommodate the underground fallout shelter had already been completed.

Construction costs and estimates were already rising, partly because the cost to construct the revolutionary design of the Dome could not have been adequately forecast and partly because of constant design modifications, such as those required for the fallout shelter. On May 28, 1962, Si Morris had to explain to the Harris County Commissioners that the stadium could not be built with the original $15 million allotted from the bonds, of which only $13.4 million remained. A traditional outdoor stadium could have been built, but the commissioners rejected that option.

Instead, the Commissioners decided that they would need another bond election, once they received bids on the original set of specifications. Those bids, due in November, would tell them how much more they needed to raise. In the meantime, they approved funds to install drainage in the excavation, which had been filling with water. Sigman Byrd of the Chronicle wrote a column on July 24, 1962, with the headline "Dry Pit Could be Dandy Lake," and critics began calling the site "Lake Elliott" after Judge Bill Elliott. The stadium also got the moniker "the Houston Doomed Stadium." 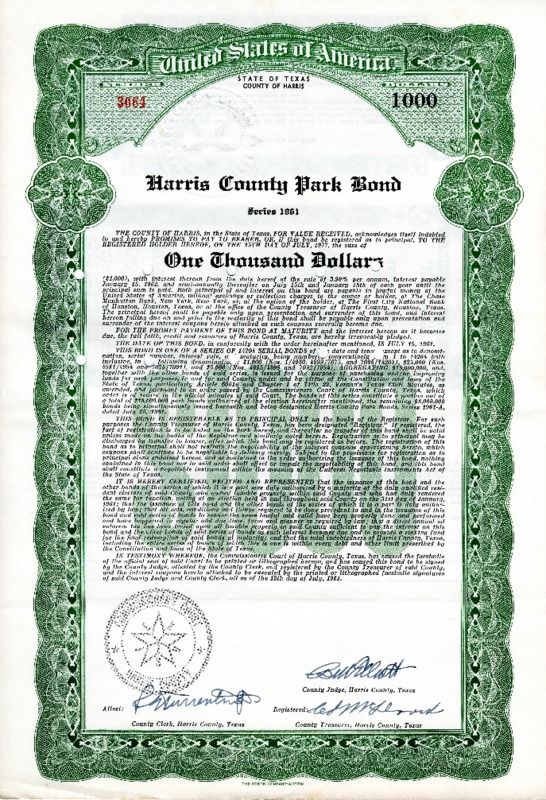 On Nov. 28, 1962, five firms submitted bids to build the stadium. Lott-Drake, a partnership between the H. A. Lott company of Houston and the Johnson, Drake, and Piper company of Minneapolis, submitted the lowest bid and won the contract.  This made it possible to determine the additional amount needed to complete the stadium: there was $10 million remaining in bond proceeds at that point, but Lott-Drake's bid was $19,440,000. Harris County taxpayers were asked to agree to yet another bond, this one for $9,600,000.

Despite the complaints of critics, the Chronicle, Press, and Post newspapers supported the measure, as did the voters. Meanwhile, seven minority shareholders of the HSA, including Craig Cullinan, sold out to Smith and Hofheinz. Kirksey remained, along with two other minority stockholders. Cullinan later said that his decision was based on "concern with Hofheinz's operation, plus a growing realization that the entire venture could fail" (Ray, 286).