Elliott's Lake had been dug for nearly two years when Lott-Drake was finally able to begin the foundation in March of 1963. Once the foundation was laid, construction of the 710-foot perimeter walls and roof could begin. Until the dome could support itself, it was held up with 37 falsework towers, which were so tall they had to have navigation lights so planes passing overhead could see them. The construction site was itself a tourist destination, and Harris County workers in particular often stopped in on their breaks to see how work was progressing.

As soon as the roof was on, Hofheinz moved his offices to where he could keep an eye on all details of construction. According to his daughter Dene, this is also when he became concerned about the height, and the distance to the field, of the uppermost rows of seats. But the Judge had a plan. He told Dene, "You watch, I’m gonna make them the most expensive seats in the house" (Gast, 107). 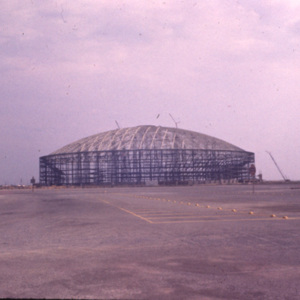 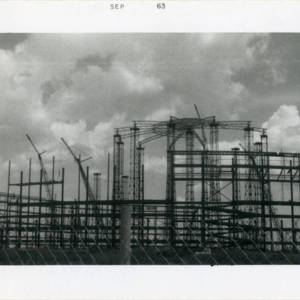 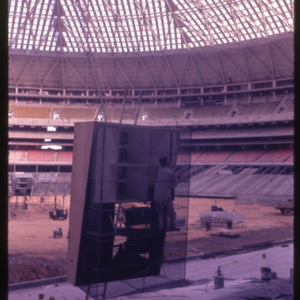 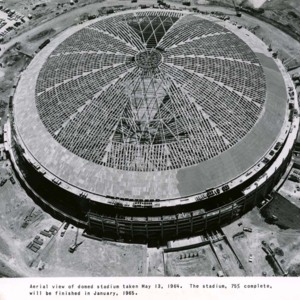 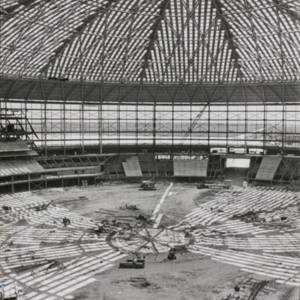 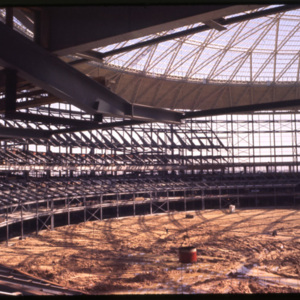 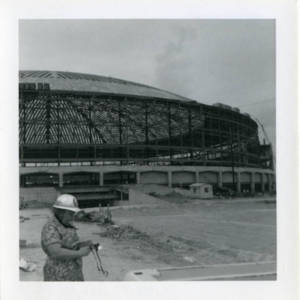 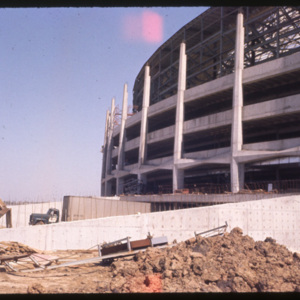 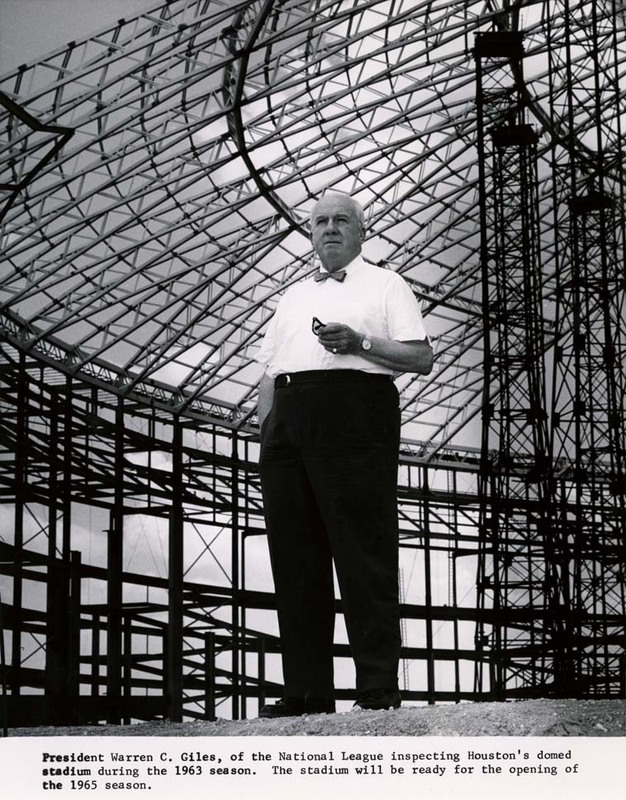 The Judge ordered the architects to draw up new sketches to accommodate the creation of private boxes in the upper tier—an innovation that persists in nearly every new stadium today. Hofheinz is credited with several additional design concepts, namely the 120-foot long dugouts. Like so much else, the extra-long dugouts were about increasing profits: he figured that since fans would pay more to sit near the players, he should give more people the opportunity to do so.

But would they? In their first two years (1962 and 1963) the Colts had not produced a winning season, and attendance was dwindling at the temporary stadium. On Sept. 19, 1964, GM Paul Richards fired Harry Craft, field manager, and replaced him with Luman Harris. Arguably, the falling attendance was more evidence that Houston’s climate simply couldn’t support an outdoor stadium. At any rate, Hofheinz continued to plan big. On Aug. 20, 1964, Hofheinz and Smith announced the arrangements for an amusement park on the 100 acres south of the Astro Hall, on a 38-acre site they owned.

On Oct. 9, Hofheinz announced that the stadium would open to the public on April 9, 1965 for an exhibition game with the New York Yankees. National League President Warren C. Giles was given regular updates on the progress of the construction. 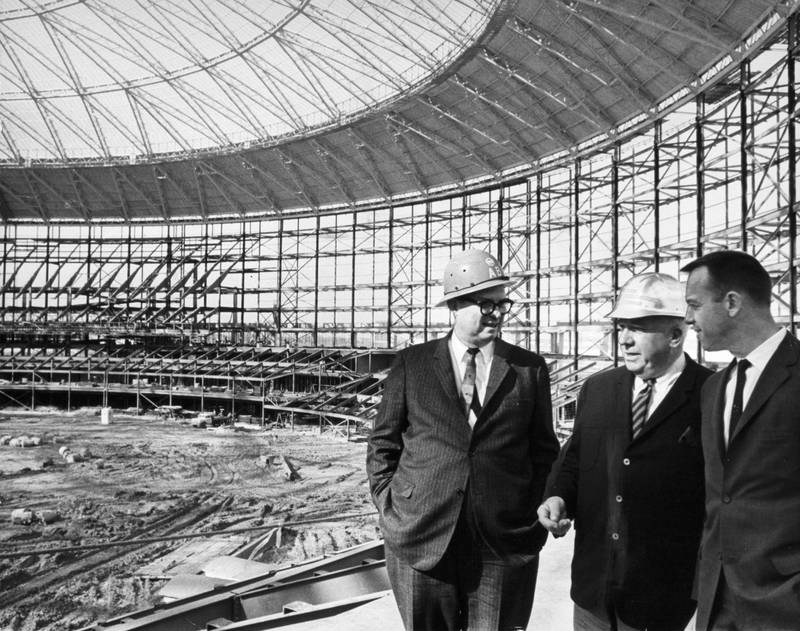 Shortly thereafter Hofheinz had another stroke of brilliance: he decided to change the team’s name.  The decision was prompted by his desire to avoid paying royalties to the Colt Firearms company, but his choice for a new name was a stroke of timing and marketing genius. On Dec. 13, 1964 he announced the team's new name: the Astros, after the new Manned Spacecraft Center opening south of Houston.

The new name gave Hofheinz an opportunity that he first experimented with for the Colts, an opportunity to create a comprehensive theme for the visitor experience. Rather than looking back to the Old West, it would be one that helped Houston define itself as it wanted to be seen: modern, technologically sophisticated and oriented to the future. He gave tours to some of the early astronauts, including Alan Shepard, a Mercury 7 astronaut and the first American who had flown in space, and worked with NASA to involve them in his plans for promoting the "Astrodome."