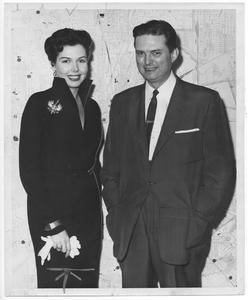 Roy Mark Hofheinz, of Beaumont, was 47 years old in 1959, and he had already served in the Texas House of Representatives (1934-36), as a Harris County Judge (1936-44), and as Houston Mayor (1952-1955). In the interims he made money in real estate and development. His wealth notwithstanding, Hofheinz was a New Deal-style populist: especially in his term as Mayor, he took on supposed cronyism on the city council (he called his targets "cookie-jar boys") and developed extremely contentious relationships that resulted in his attempted impeachment in 1955. He won the battle but lost the next election anyway. During his term as Mayor he made improvements to Houston’s infrastructure and quietly began the desegregation of Houston’s municipal facilities. 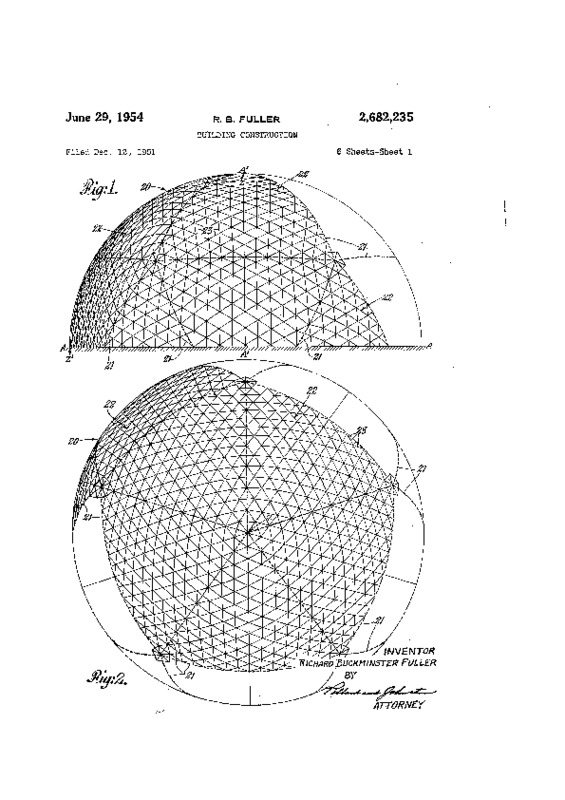 His ignominious departure from politics aside, Hofheinz’ years of public service were marked by ability, intelligence, charisma, and forcefulness. He was not universally admired, as the turmoil of his term as Mayor indicates, but many who worked for him and with him greatly admired his energy, his ability, and his compassion. He also had a sense of showmanship: he purchased PT Barnum’s circus in the late 1960s and decorated his vacation home, called "Huckster House," in a circus theme. He was also thoroughly versed in the ins and outs of public financing, which would serve the HSA very well in their quest for funding. He was known as "The Judge," from his days as Harris County’s most powerful administrator. Bill Elliott, Harris County Judge from 1959 to 1974, described Hofheinz as "the greatest huckster that ever came out of this community, probably out of the state, and maybe one of the real great ones in the world" (Ray, p. 265).

When Cullinan and Kirksey approached Hofheinz in 1959, it was at the direction of Bob Smith and primarily because they hoped to use some of his land for the sports center. Hofheinz was intrigued by their plans and threw himself into the project. Through his work on the proposed shopping center, the Judge had met with Buckminster Fuller and became interested in the idea of large domes. Houston’s subtropical weather stood as a major problem in acquiring and maintaining a baseball franchise, but in Fuller’s dome Hofheinz believed he had the solution. He predicted:

"People in Houston aren't going to sit in big numbers under the hot sun and high humidity in the daytime or fight mosquitoes at night to see baseball. We've got to have a covered, air-conditioned playing field" (Ray, p. 261). 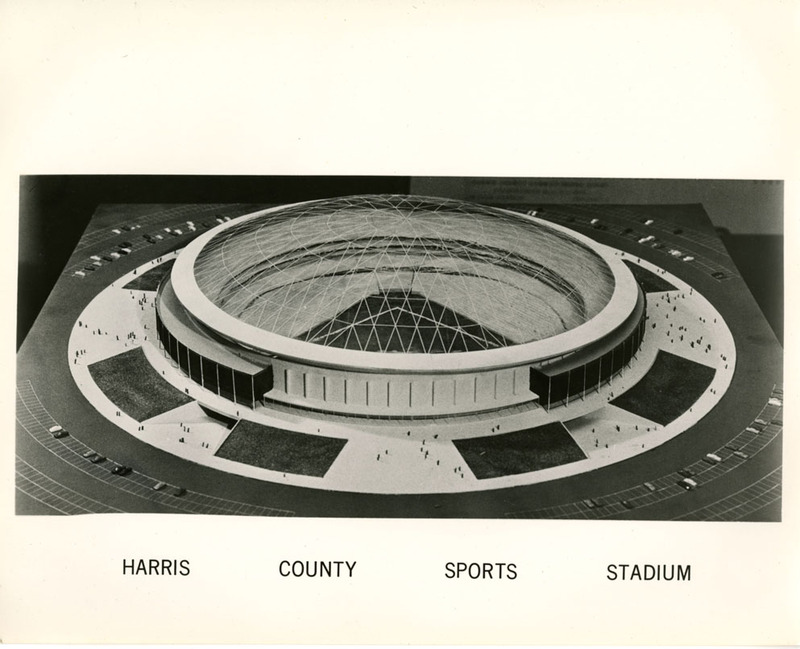 With Hofheinz and Smith now members of the HSA, things began to happen. Hofheinz advised the Harris County Commissioners that the previous bonds would not attract enough investors, so they decided to pursue tax-supported bonds instead. To pressure the club owners to expand the number of teams, the Houston men joined forces with a franchise from New York looking to replace the Dodgers and Giants, both of whom had moved to California after the 1957 season. Meanwhile, Hofheinz took over the plans for the stadium. On Oct. 17, 1960, at their meeting in Chicago, the National League owners saw a model for the proposed stadium: a dome, with 43,000 seats. They were impressed. Houston and New York were awarded the franchises to take effect in April 1962. The HSA men returned home to a hero’s welcome, complete with Dixieland bands and cheering crowds.

A month later, the HSA incorporated, and Cullinan and Kirksey became minority stockholders. Hofheinz was now the driving force in the project, and from here on, it would be his vision of the domed stadium which would be the focus. In December, a group of 60+ HSA members, county and city officials, and sportswriters took an all-expenses-paid chartered plane to California on the "Rain or Shine" tour. In between visits to nightclubs like the Cocoanut Grove and the Bimbo Club, they met with Dodgers owner Walter O’Malley and toured the site of proposed Dodgers Stadium in Chavez Ravine. They also toured Giants’ Candlestick Park in San Francisco and stopped off in Las Vegas. The trip was declared a success, and the men returned home committed to their purpose: namely, to build the largest indoor stadium the world had ever seen.

← The vision and the visionaries
The design, and paying for it →
Hofheinz the Huckster